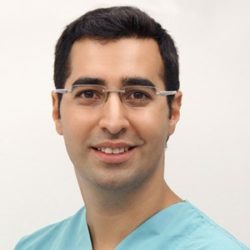 Ali Emre Karadeniz was born in 1976, Edinburgh, Scotland. He has dual nationality in Britain and Turkey and he is fluent in both languages. He received his medical degree at Istanbul University, Turkey in 2000 and went on to specialize in the field of plastic reconstructive and aesthetic surgery, which he completed in 2007. His most important hobby during his junior years was playing chess where he won most of the national competitions he participated in. He represented his country in numerous international competitions including two world chess Olympiads.