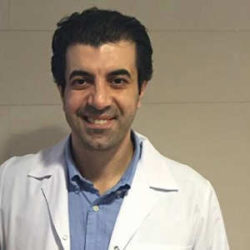 He was born in Turkey in 1977. He graduated from Uludağ University in 2002. He started to work in the field of aestehtic and cosmetics in Bursa in 2002. He founded COSMEDICA medical aesthetic centre in 2007 and performing Hair Loss and Hair Transplantation practices in the large corporate hospital licensed by the Ministry of Health , he became a reliable and innovative name in this field.